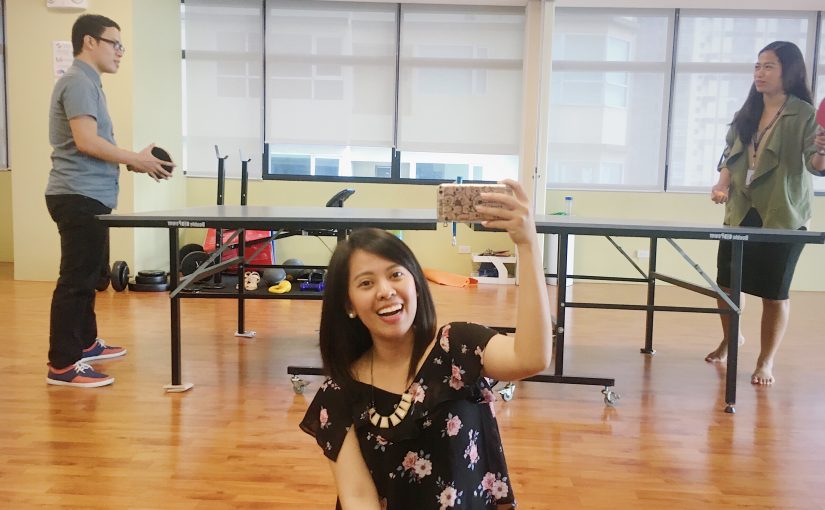 Ping Pong games always remind me of childhood memories with my dad and siblings. More than fifteen years ago, our dad bought a net, a huge piece of plywood, Ping Pong rackets, and Ping Pong balls for the house. Even though it wasn’t the real Ping Pong table, we were still able to learn the sport thanks to Dad’s patience and skills.

Playing Ping Pong is similar to riding a bike. You still remember how to do it even after years of not playing the sport. So, although it has been a while since I last played, I said yes to the challenge of joining the tournament in our office this year. 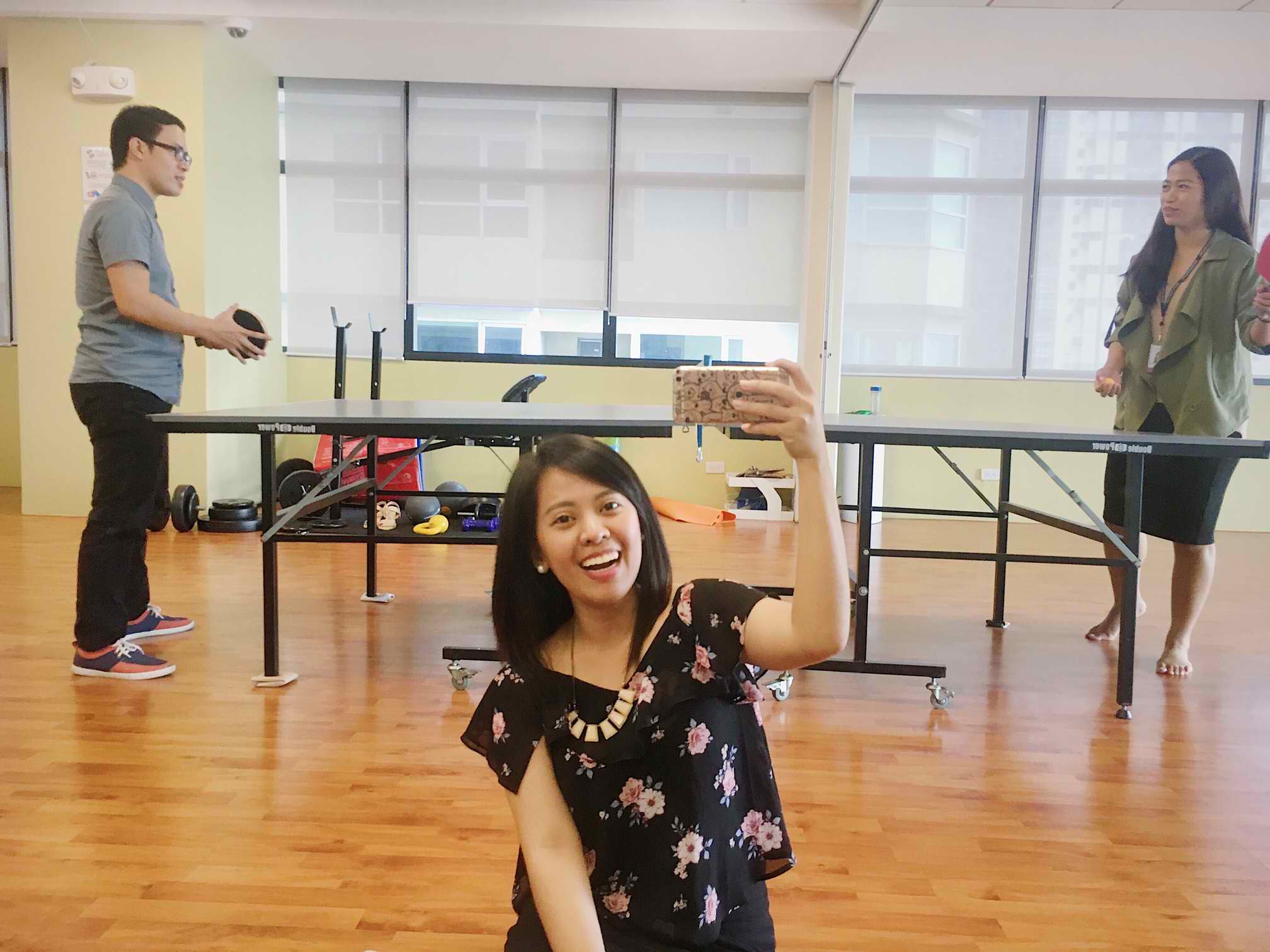 By God’s grace, He allowed my Ping Pong partner and I to win two games and advance to the semi-finals! Honestly, this was something that I did not expect because the other participants are really good. Plus, most of them usually spend their lunch breaks playing in the office way before HR announced the tournament. During our first two games, I didn’t pressure myself to win. I did, however, practice as much as I could and have fun in the process. But, now that we’ll be competing again, I can feel the pressure!

While my partner and I were practicing against other opponents earlier today, I didn’t do very well. Almost every missed turn or mediocre service that I did, my partner corrected me. Haha! At first, I thought, “Boy, is he competitive!” But, what struck me about his comments was this statement: “Palu-in mo nang malakas para hindi ko na ibabalik sa kanila.” To my foreigner friends, he simply emphasized the need for me to hit a hard and fast ball so that our opponents wouldn’t be able to return it to our side. 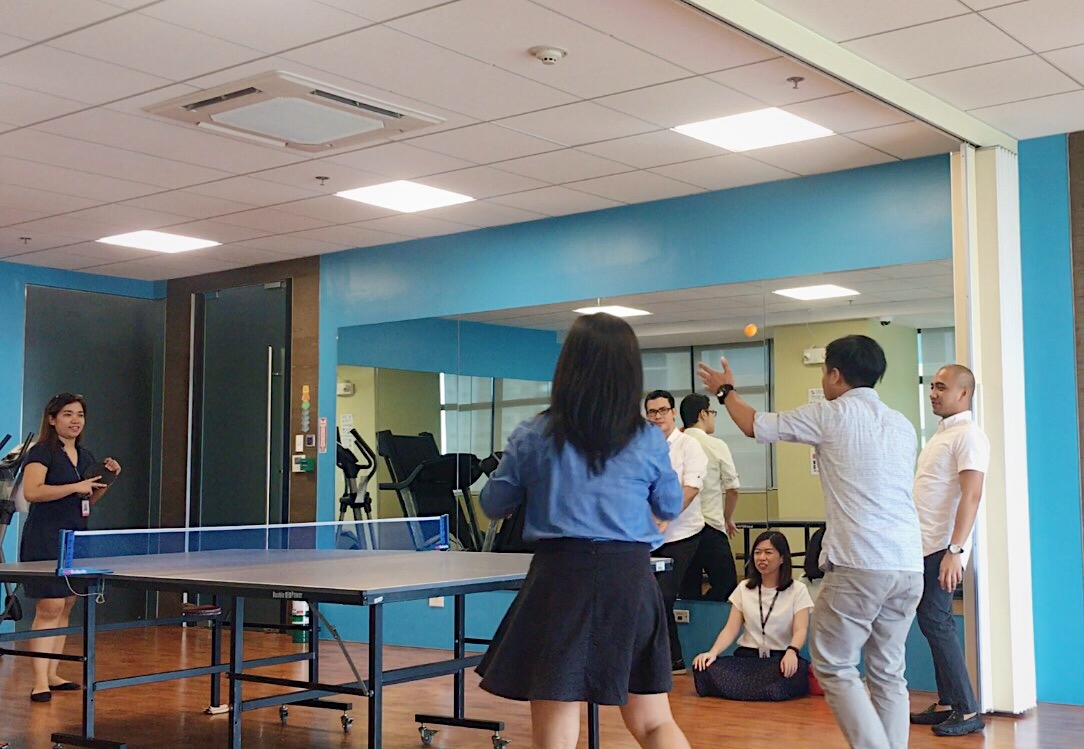 It took a while before it sank in me. After practicing and playing during the first two games, I realized that I was just playing it safe. I didn’t risk by hitting the ball as hard as I could. My only goal was to bring it to the other side. But, what my partner said was exactly what I needed to hear. As a team, we need to help each other out and make things easier for each other. Oftentimes, I would return a high ball and our opponent would easily smash it towards our side, making it hard for my partner to return the ball.

Just before I went home today, I had a quick chat with another participant who was staying at the pantry. I joked about how intense the competition was especially for me since I was feeling the pressure from my competitive partner. But, once again, I was humbled by the response of another colleague. She said that my partner’s competitive spirit and comments during our practices are helpful in developing skills. She pointed out that I improved in returning long and low throws compared to how I played a year ago. 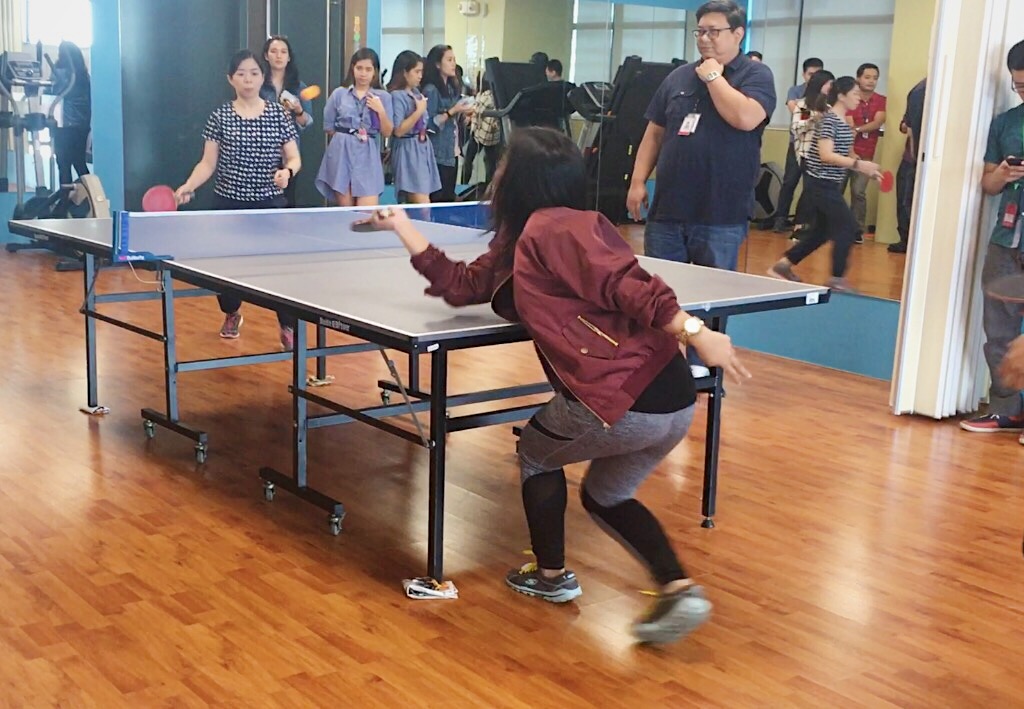 She also said that since every hit was 50/50 for me, why not hit it hard, especially if I receive high throws? She gently rebuked me and said that I needed to let go of pressure or hesitation and just practice hitting hard as I aim. She also ended by saying: “Even though I hit the ball hard and it goes outside, I still continue practicing hitting hard the next time. We don’t always get them inside the court, but this is how we’ll grow.”

Wow. All I could say was “Wow!”. As I drove home, it hit me. It isn’t about competition, it’s about constant growth.
It doesnt matter who’s ahead or who’s number one. What matters is that I’m maximizing what I have now in order for me to keep on growing and learning.

In less than two days, we’ll be competiting again. But, this time, I’ll be having a new perspective in my mind and heart. No matter what happens, I will still be very grateful, not only because of the victories we’ve experienced, by God’s grace. But also, because of my colleagues who selflessly coach and help me to grow.