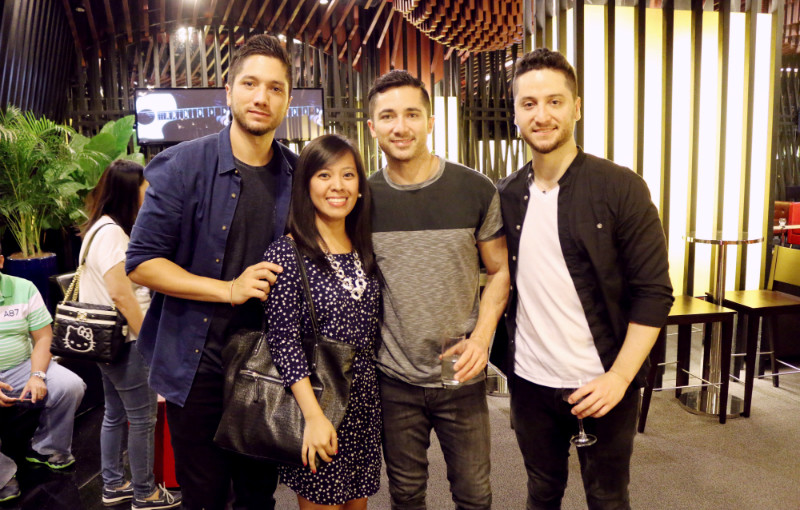 The night before the concert of Boyce Avenue in Manila last week, I thought I lost Php 10,000. After withdrawing Php 500 from the atm machine near our office, I noticed that the receipt showed a deduction of Php 10,000 from my account. Immediately, I felt a rush of panic in me and called the hotline of the bank to inform them about the incident. Thankfully, the operator assured me that it was only a glitch in the machine’s printer. When I checked my account online later that evening, true enough, only Php 500 was deducted from my card. Whew! 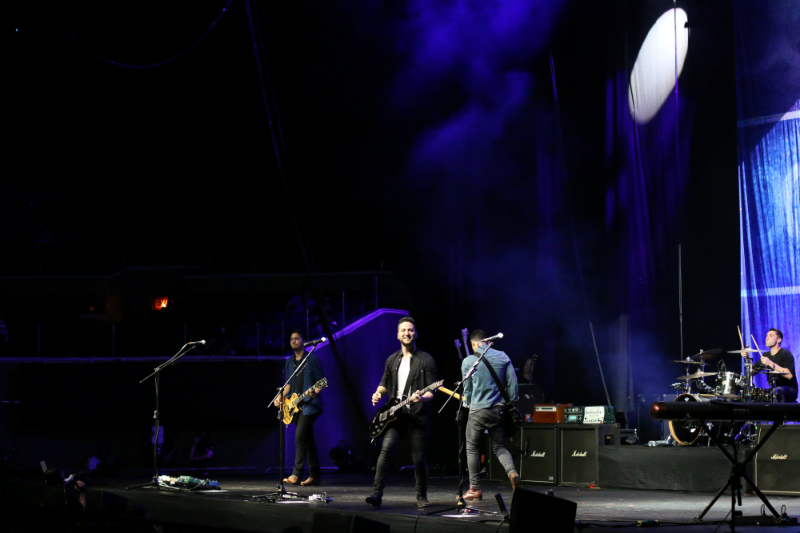 Before I went to bed that evening, I thought about what just happened. While waiting for the operator’s response, what if I got disappointed with God because of the hassle? Would I have reacted differently if I did lose Php 10,000 that night? Somehow, God used that quick moment to show me the condition of my heart. He also reminded me of how true contentment is found only in Him, not in material things, relationships, or even the prayer requests that we have. 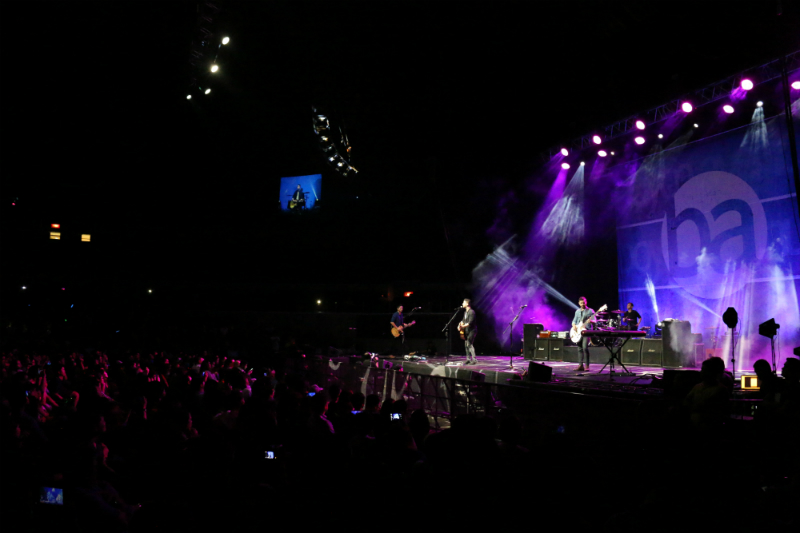 I can say that it was a timely encouragement for me because I was preparing my heart for my favorite band’s concert the next day. Similar to my previous experiences with the concerts of Boyce Avenue, I still had the desire to meet and greet the band again even if I didn’t know how it would be possible. So, that night, I prayed about it and surrendered my request to God. 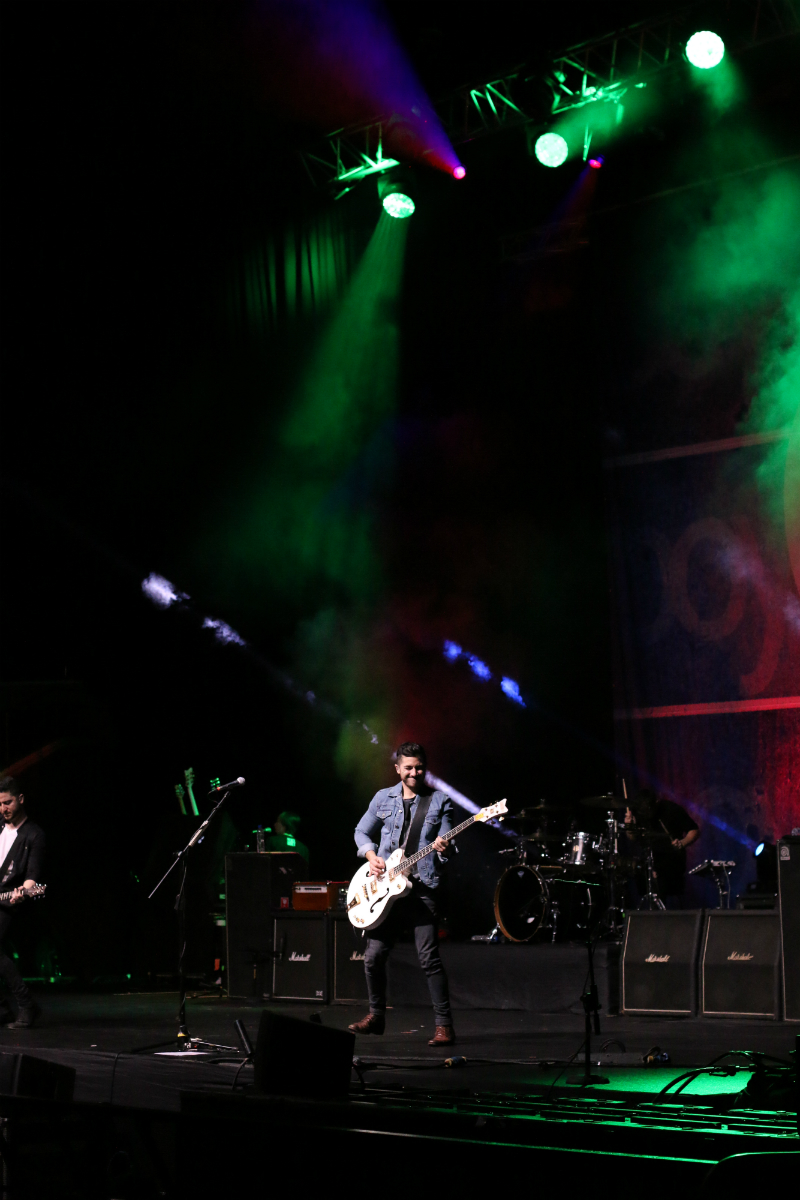 On the day of the concert, I kept sharing to my officemates that I felt butterflies in my stomach. Even if I saw them twice before, it was still an exciting idea for me to see them in person and watch them perform again! When I got to the venue, I still had a couple of hours to spare. So, I spent some time expressing my gratitude to God. 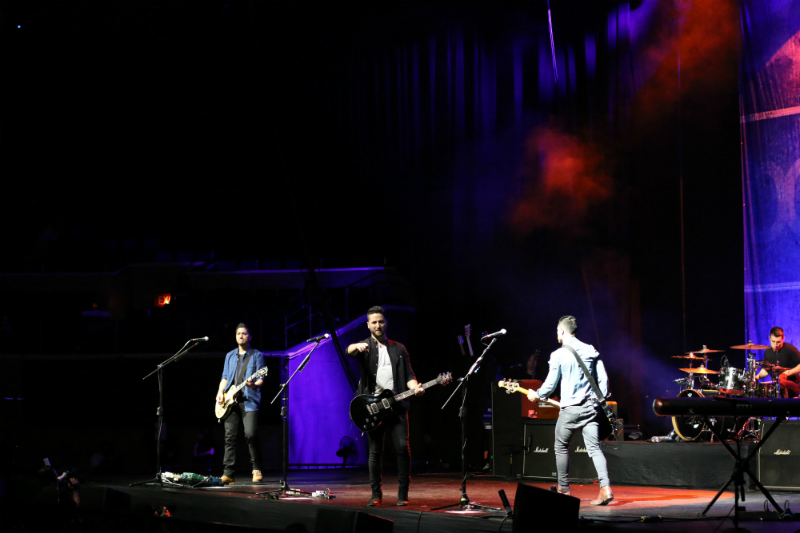 Around 8 pm, I went inside the coliseum and watched an Australian boy band named “At Sunset” and Savannah Outen perform their original songs as the opening act for the night. An hour later, the Manzano brothers finally went on stage and played around 20 songs for the next hour and a half. Woohoo!!! 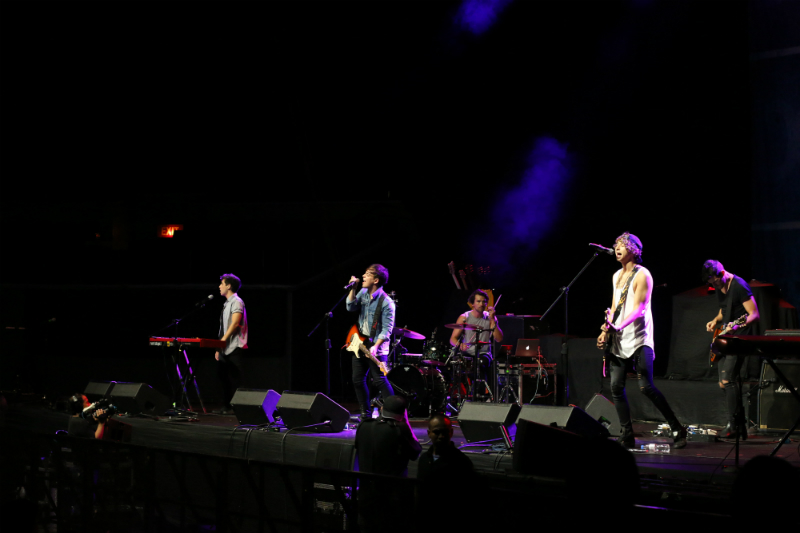 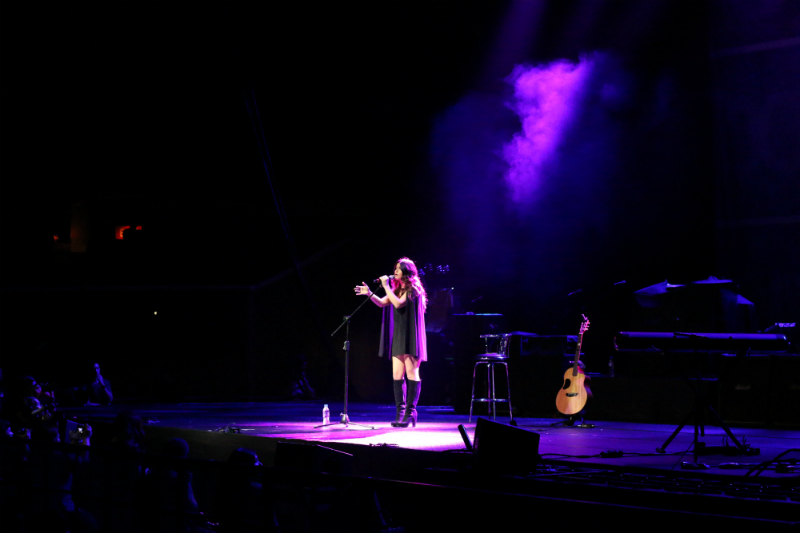 As always, Alejandro Manzano’s voice and guitar skills were superb. I found out later on that fifteen minutes before the show started, they decided to squeeze in two songs which were performed by Alejandro. With only a few minutes of practice that day, he was able to pull off flawless renditions of Ed Sheeran’s “Thinking Out Loud” and Ellie Goulding’s “Love Me Like You Do”. Amazing. Haha! 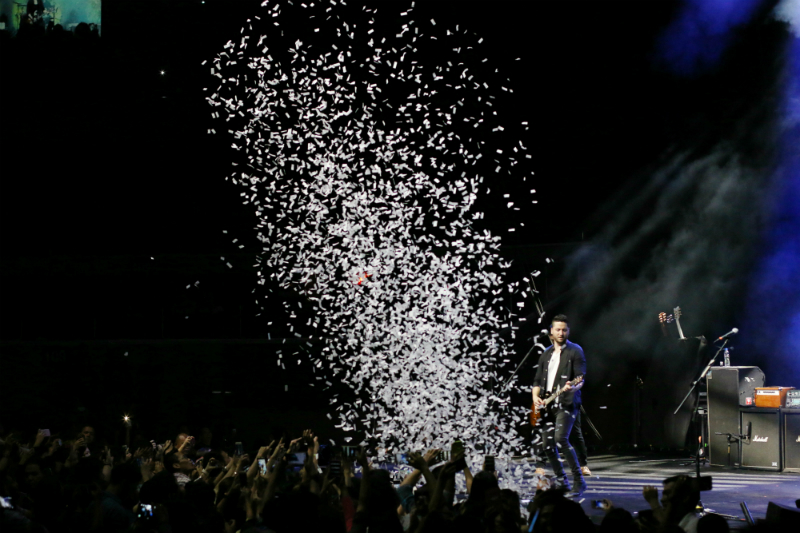 Of course, Fabian and Daniel Manzano entertained the crowd as well by showing their talents in playing the guitar, bass, and percussions. They also did back-up vocals in most of the songs. The concert was simple yet exciting because they played a mix of their recent covers, most popular covers, and some of the newly released original songs that they’ve been working on. One of their original songs that caught my attention was “Cinderella”. Also, the way they used the lights and smoke machines didn’t distract the crowd from enjoying the music. Aaaaahhh! It was a lovely and relaxing evening, indeed. 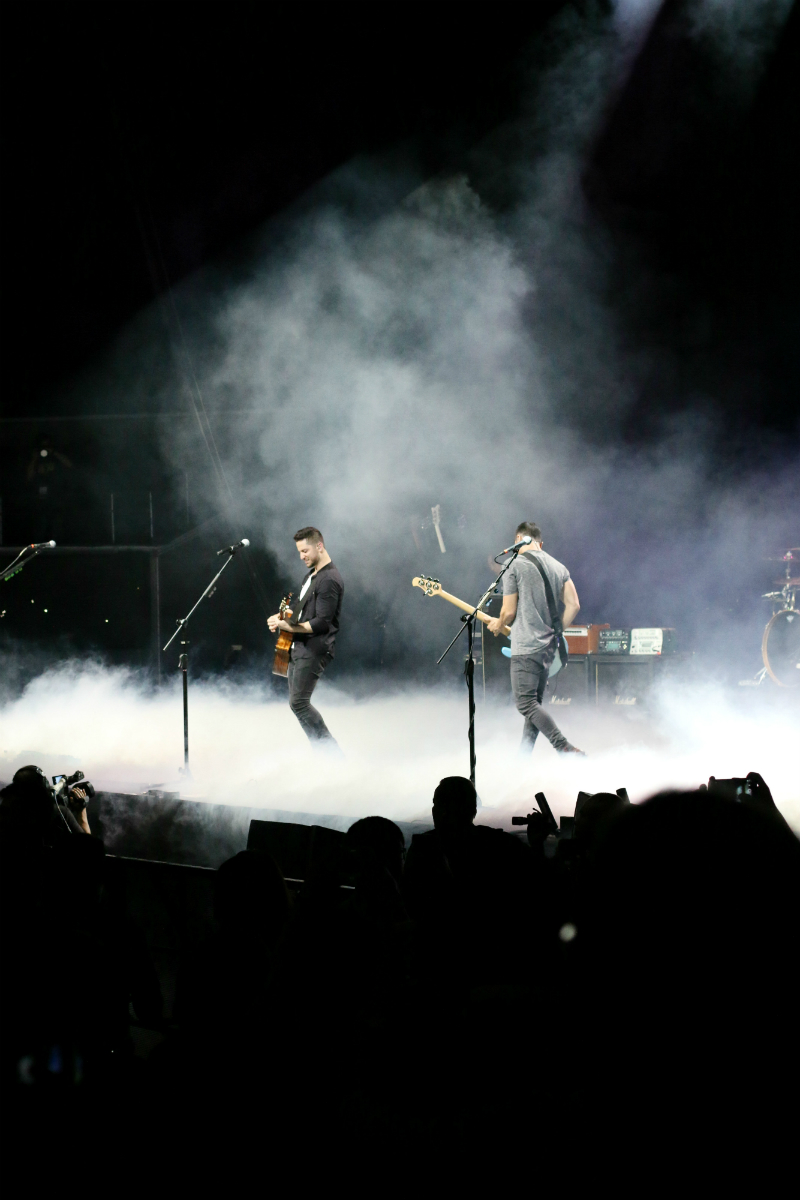 After the show, the Manzano brothers immediately proceeded to their dressing room and slowly, the crowd exited the coliseum. At this moment, my heart was beating fast because even though I really wanted to meet them again, I didn’t know how. I was hoping to see one of the bouncers that I met during their concert last year, but he wasn’t around. I also wasn’t able to approach my dad’s friend who works at the production company because she was already inside the backstage area, assisting the bands and guests. 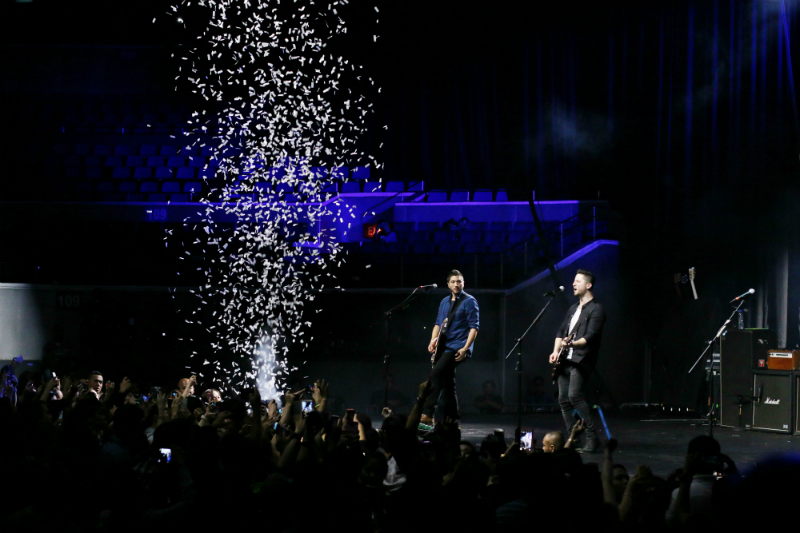 For a few seconds, I thought to myself. “Wow, Nicole. I guess, that’s it. Sometimes, you get to meet the band. Sometimes, you don’t.” Honestly, I felt a bit disappointed because there was no sign of hope. But, somehow, God reminded me of my prayer that week. I remember telling God that He is God and He is able to make a way for me to meet the band after the show if He wants to. And then, I also remembered the lesson he taught me the night before about being content regardless of the situation I’m in. 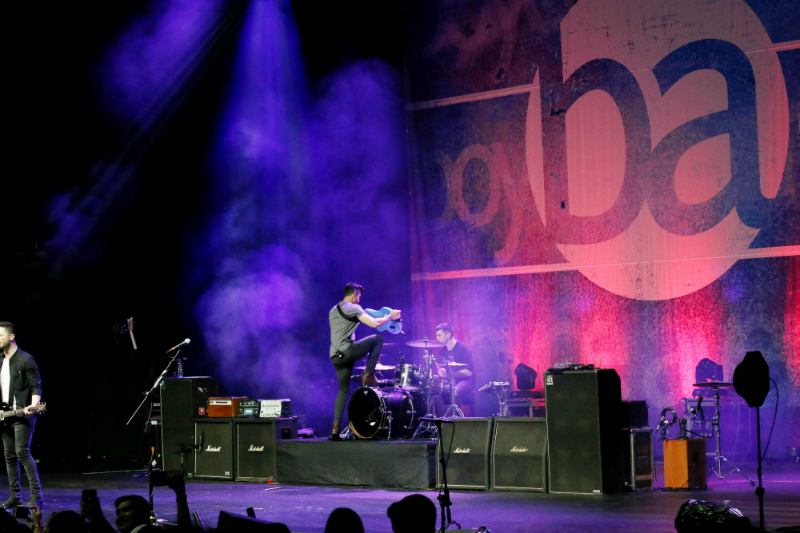 As I stood by myself at the side of the stage, I mustered a quick prayer to God. If it was His will for me to meet the band and have a picture with them again, I prayed for wisdom. After praying, God reminded me of one of our family friends, an aunt, who also worked in the production company. I checked my phone to see if I still had her contact number and I did! Hahaha. Without any hesitation, I called her number and asked if she was in the area. She asked where I was and after I answered, our phone call got cut. I didn’t know what was happening at that time, but a few seconds later, I saw her coming out of the backstage towards me. She grabbed my wrist and we both walked quickly inside. 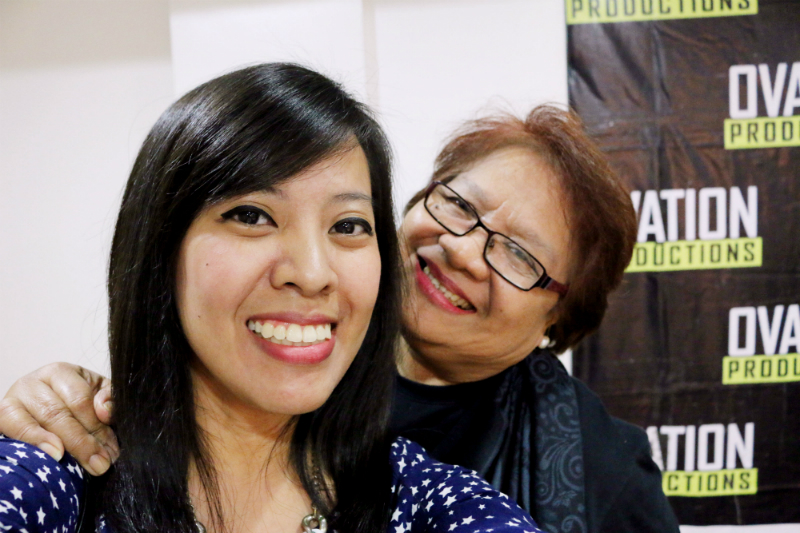 To sum up the next events that happened later that night:

I was able to spend time talking with our family friends backstage (Tita W, Tita C, and Tito R).

I had a photo taken with the band “At Sunset” while waiting for the Manzano brothers.

I saw my bouncer friend again! I met him when I went to the Beauty and the Beast musical and Boyce Avenue’s concert years ago.

I was able to get inside the VIP lounge where other guests were staying.

I had a selfie with Jason Burrows (their drummer).

Finally, I was able to hug, greet, and have a photo taken with Boyce Avenue again. 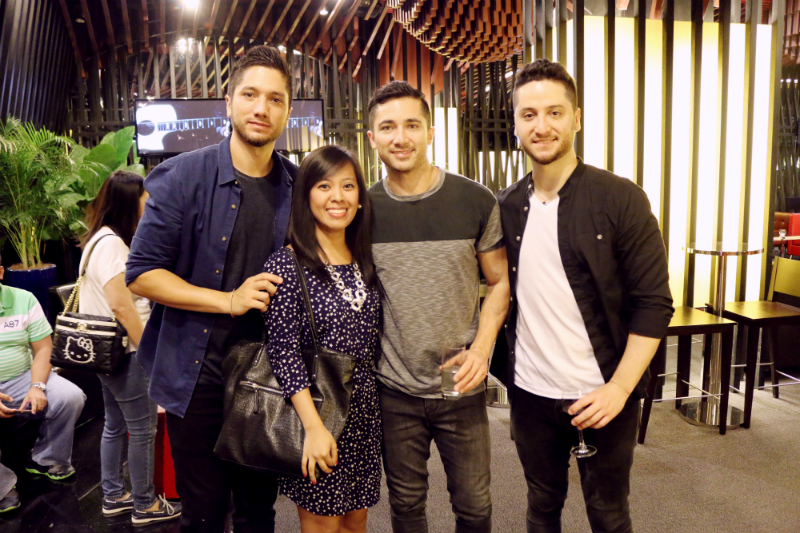 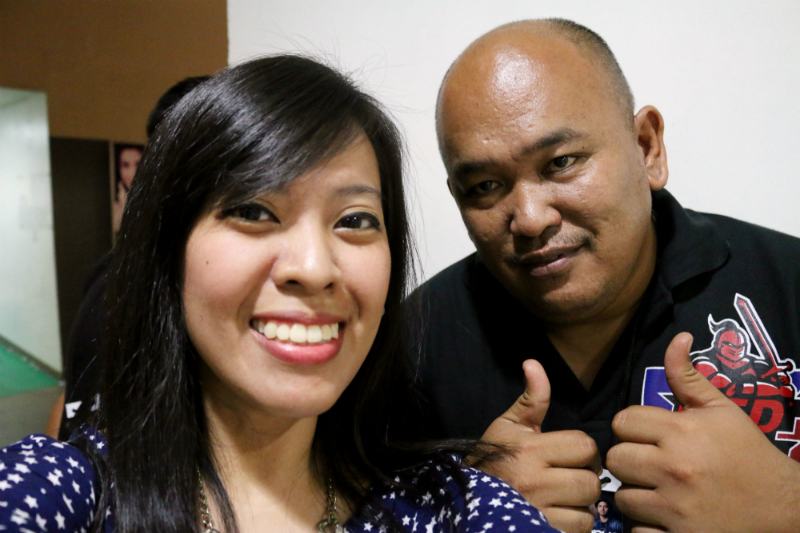 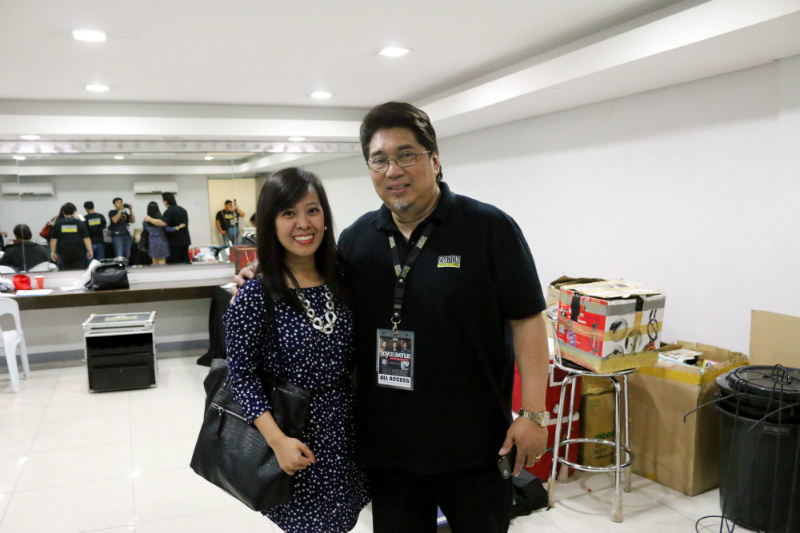 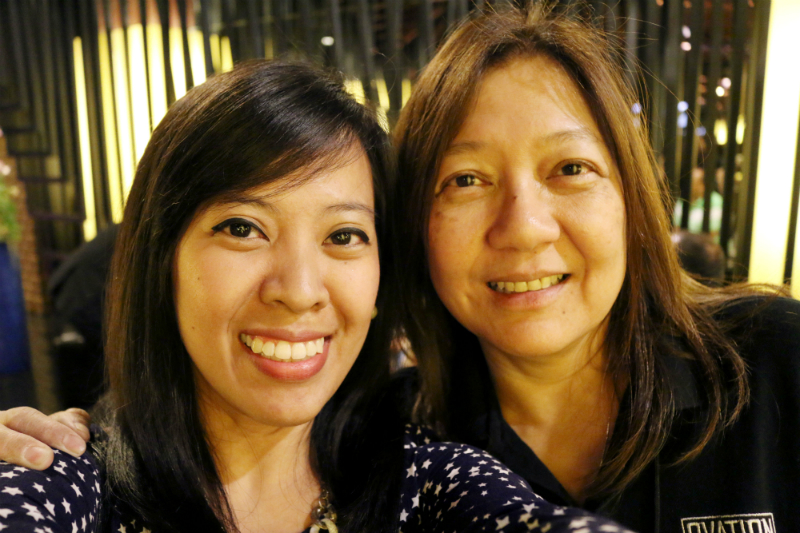 Yaaaaaay! Compared to last year’s meet and greet, they only had a few minutes to take photos with the guests in the lounge. I guess it was because of their early flight the next day. They still had four more shows in the country! Nonetheless, my heart felt like it was going to burst. After thanking our family friends for graciously allowing me to join them backstage, I went inside the car parked in the nearby parking lot. Before I started the car’s engine, I screamed and shouted “Lord, grabe talaga Kayo! You are amaziiing!”. 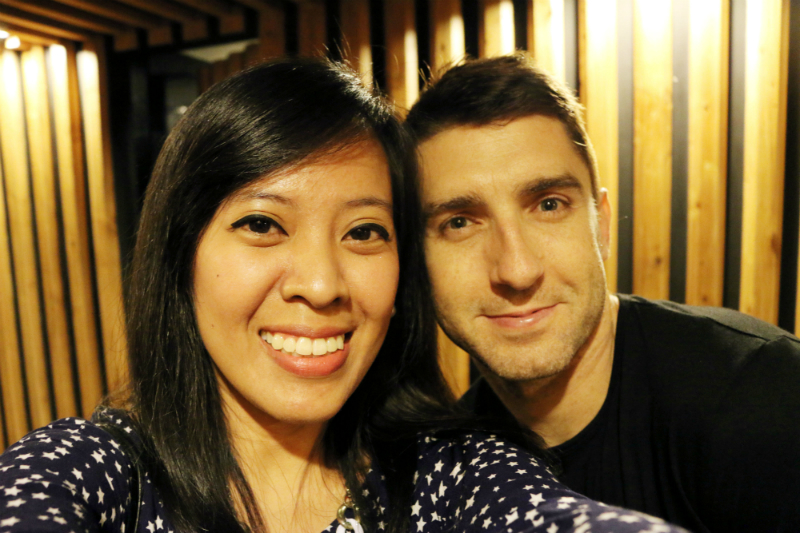 As I drove home, God encouraged me to keep on dreaming big things because He is able to do big things in and through me. In the recent months, I struggled with certain issues that discouraged my heart from doing so. Generally, I felt that I was inadequate and insignificant. But, by God’s grace, He’s reminding me to find strength and true contentment in Him (not in myself or others) as I soak my heart in His Word and promises. 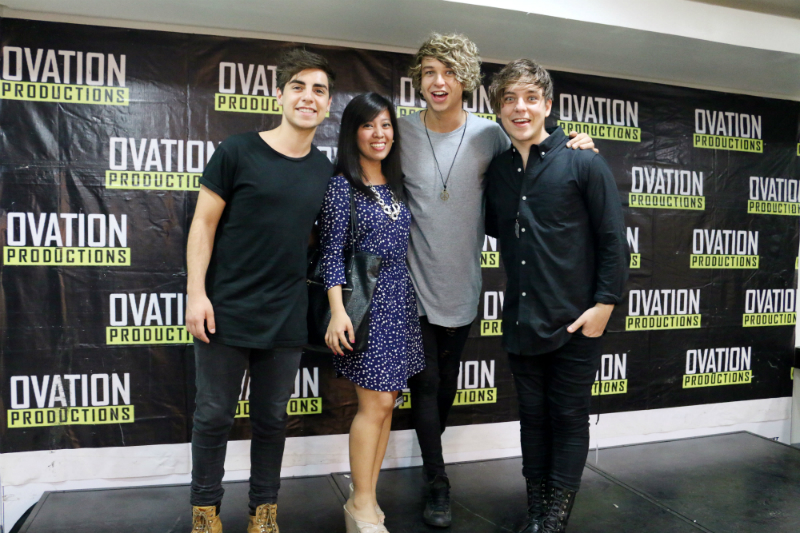 A few hours before the concert, I shared a verse on Facebook which says: “He replied, “Because you have so little faith. Truly I tell you, if you have faith as small as a mustard seed, you can say to this mountain, ‘Move from here to there,’ and it will move. Nothing will be impossible for you.” (Matthew 17:20). I posted it online because I wanted to encourage myself and others to not give up even when we only have an ounce of faith in our hearts. In whatever situation we are in, when we place our faith in our big God, He is able to do things that can only be possible through Him.

Here’s to more Boyce Avenue concerts and faith-stretching experiences with You, Lord. From the bottom of my heart, I thank You!