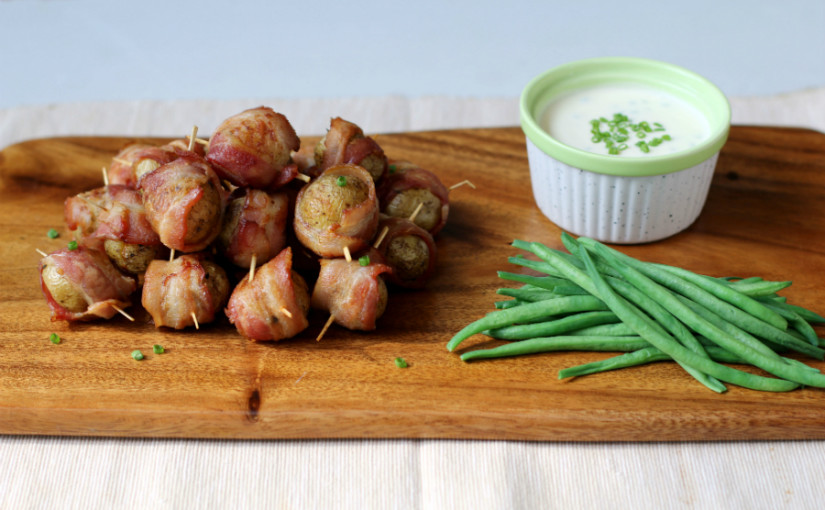 Bacon, potatoes, and cream. It’s as easy as one, two, three! 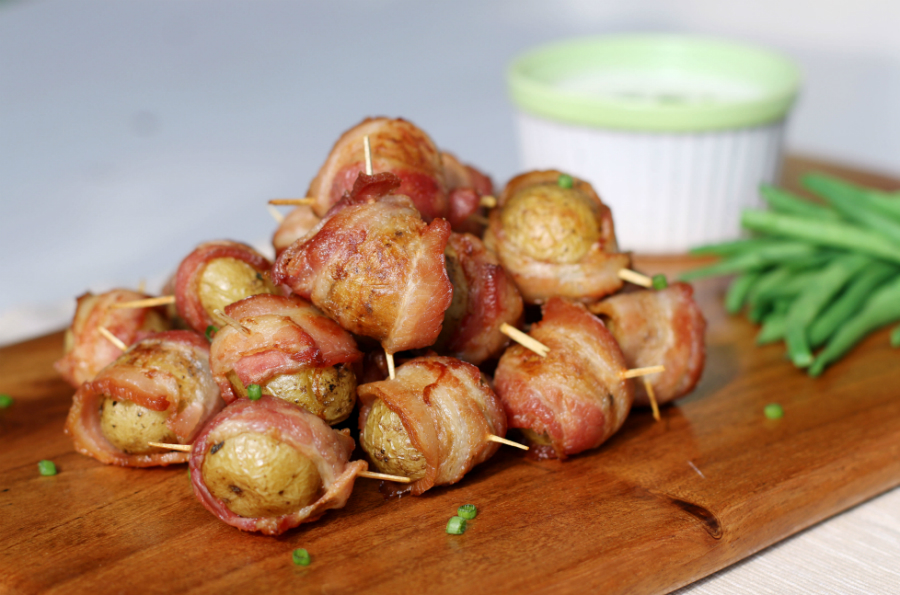 I finally made time for The Kitchn (without an “e”), a cookbook given to me by one of my colleagues for my birthday last year. As I was browsing through its recipes last night, I found a delicious choice for today’s simple snack. Ladies and gentlemen, may I present to you: the crisp bacon-wrapped potato bites! It’s very easy to prepare and it’s tasty too. In the original recipe, the author used sour cream and hot sauce to complement the potatoes. But, I didn’t have hot sauce with me. So, I used a few stalks of spring onion instead. 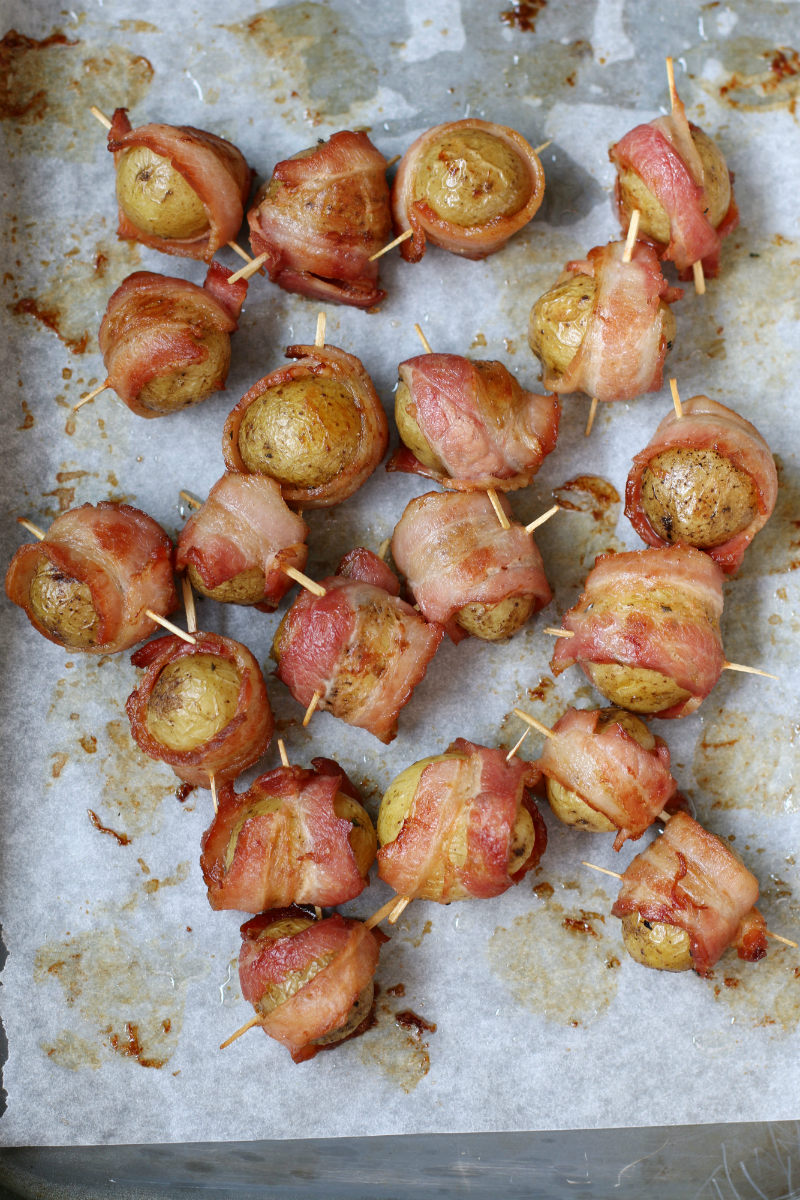 If you want to give it a try, feel free to go through the photos and instructions below. I hope you’ll enjoy as much as I did! Here’s to more bacon-wrapped treats in the future! 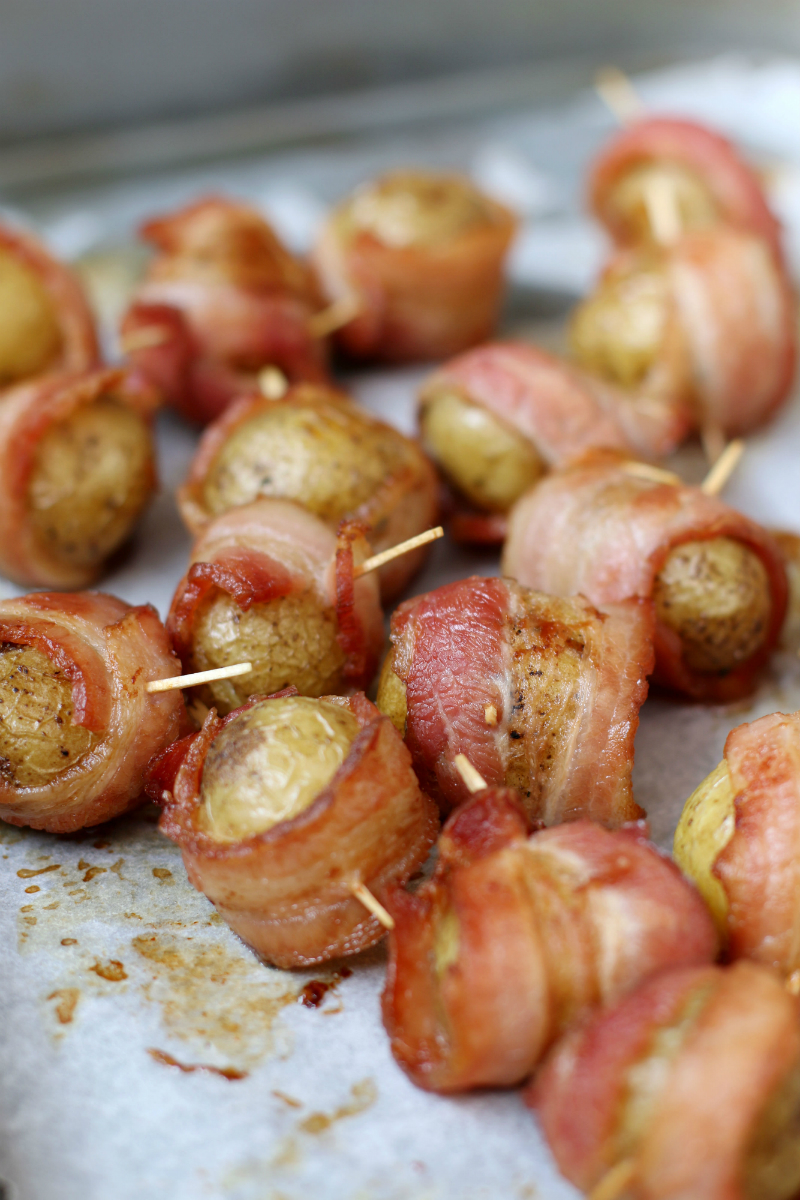 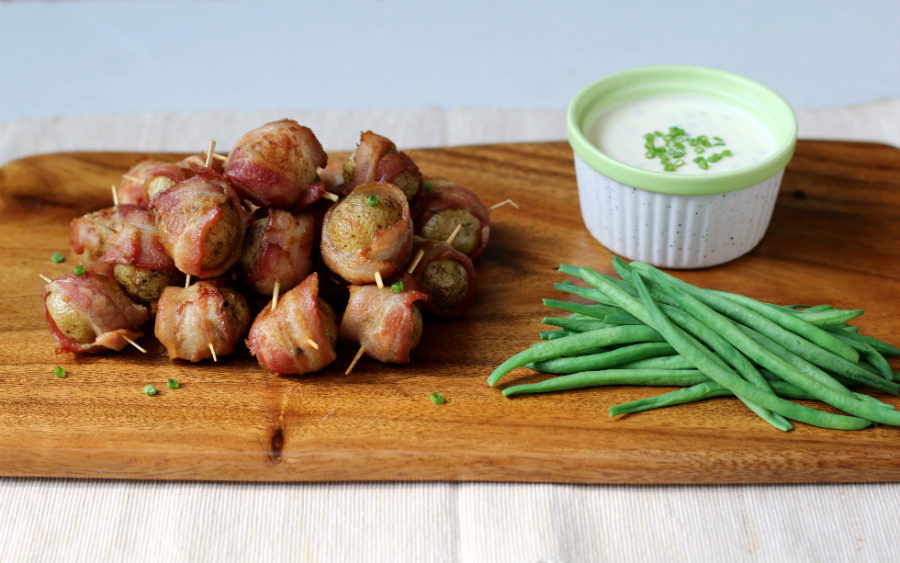 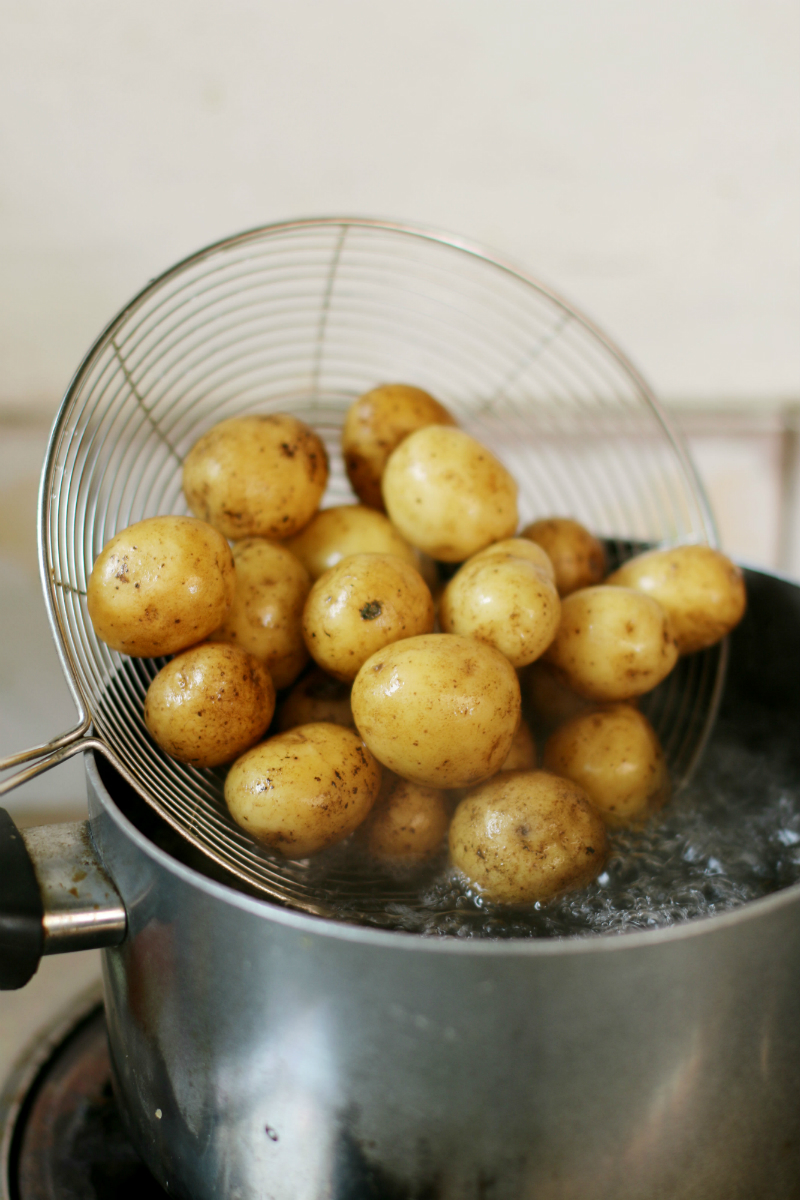 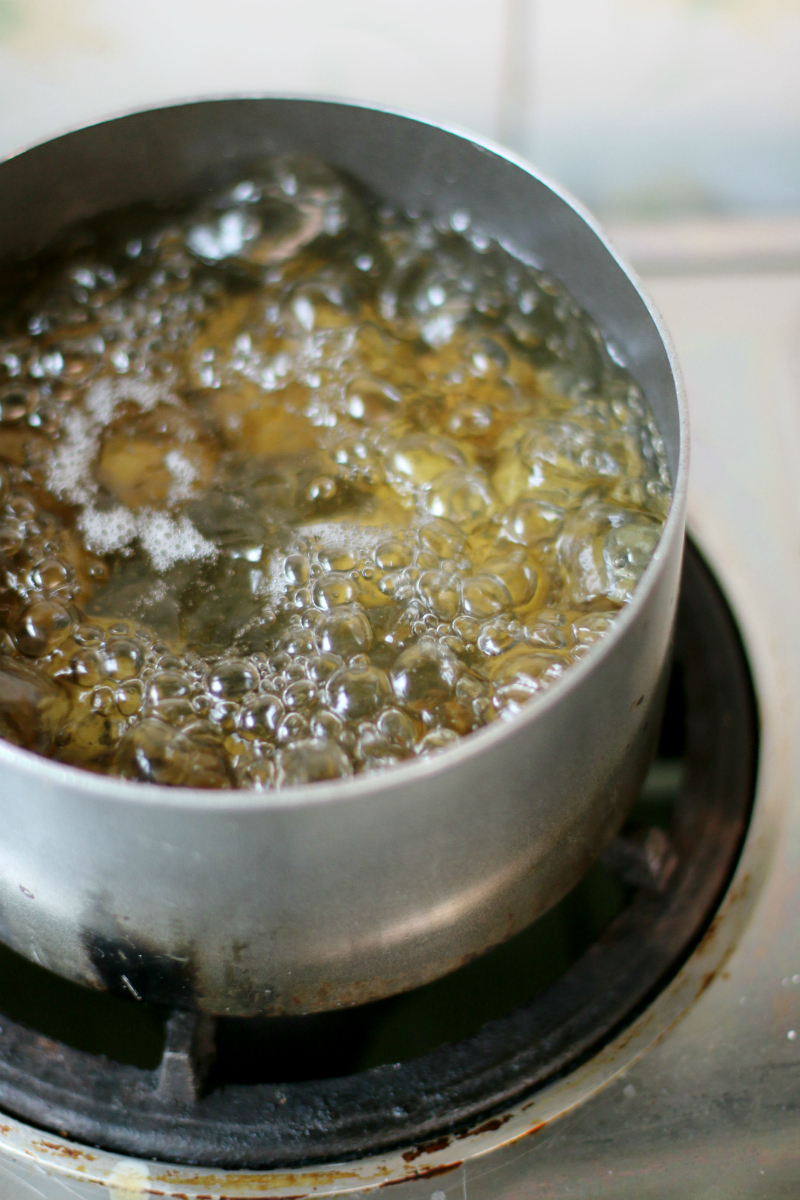 2) Remove the potatoes from the water and season with salt, pepper, rosemary, and olive oil. 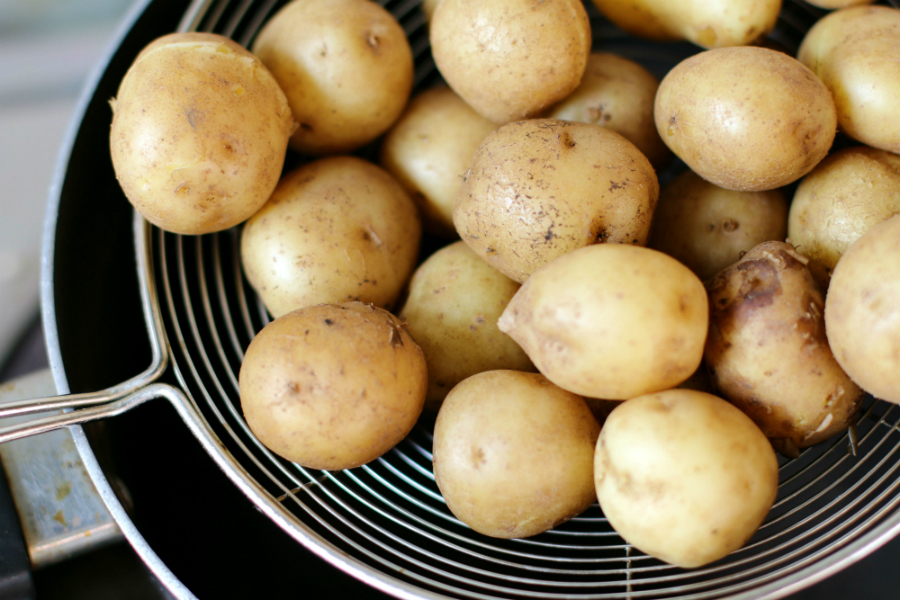 3) Wrap each potato in bacon. Secure the bacon using a toothpick. 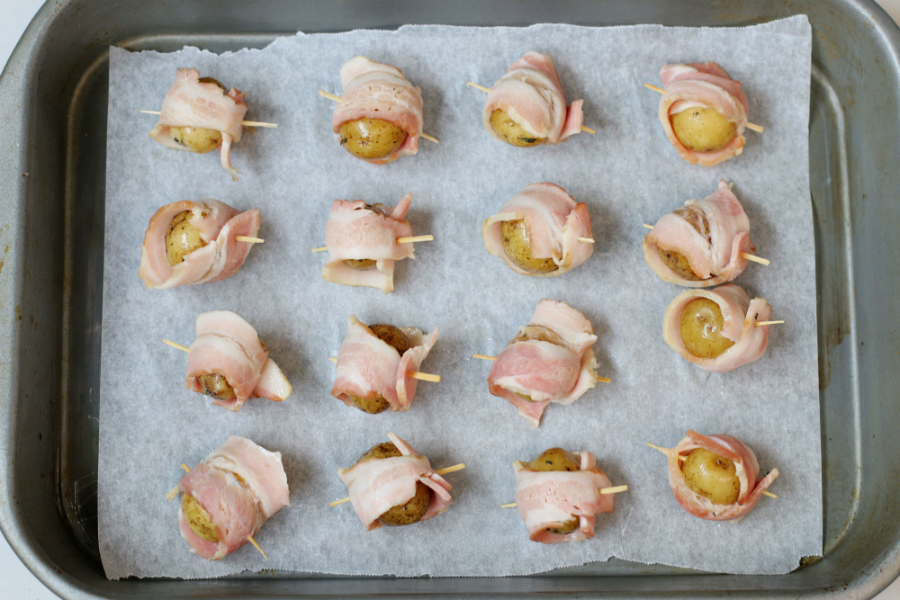 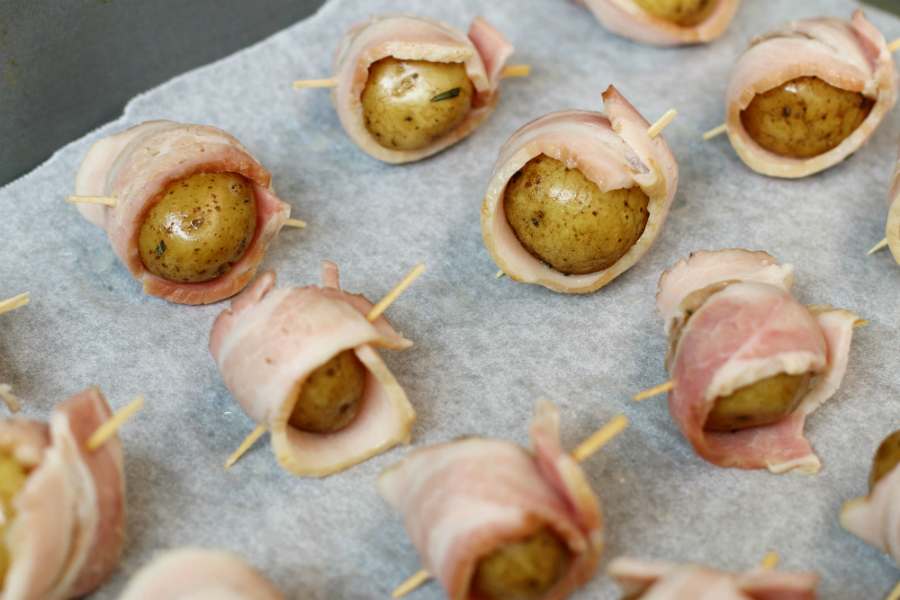 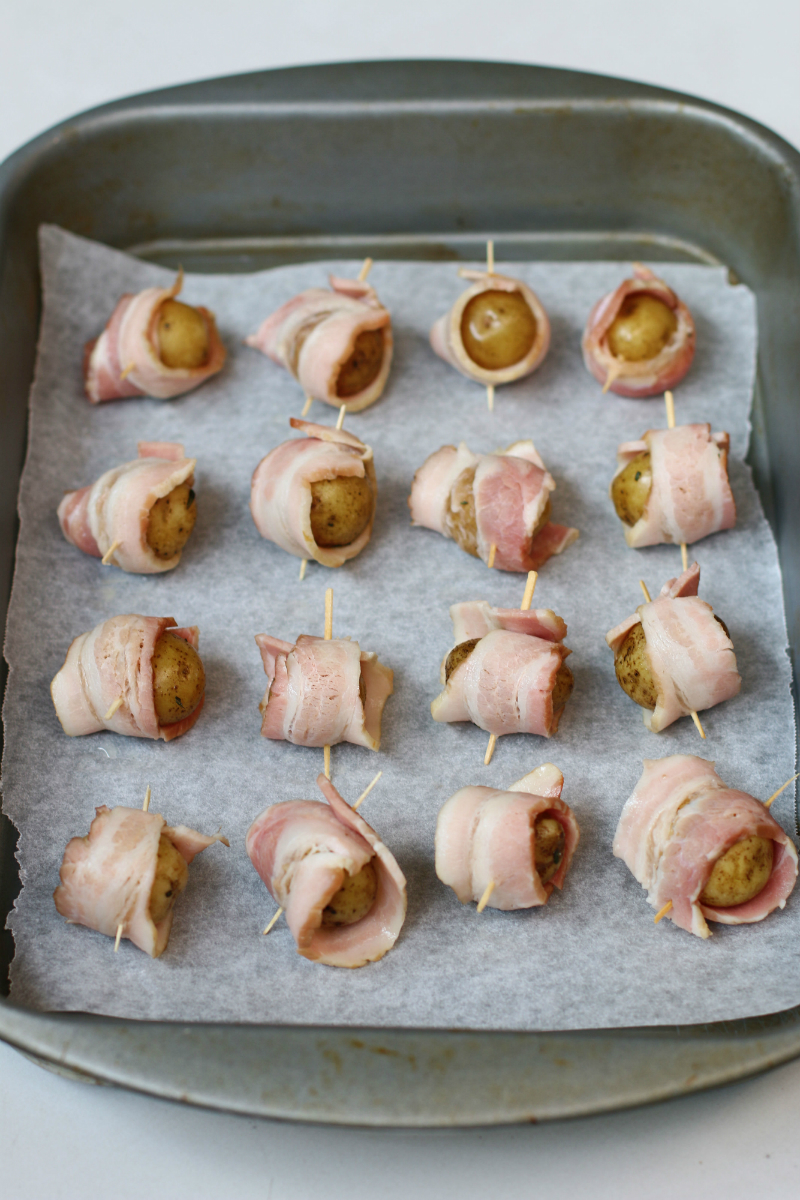 5) In a small bowl, add pinches of salt and chopped spring onion to ½ cup of sour cream. 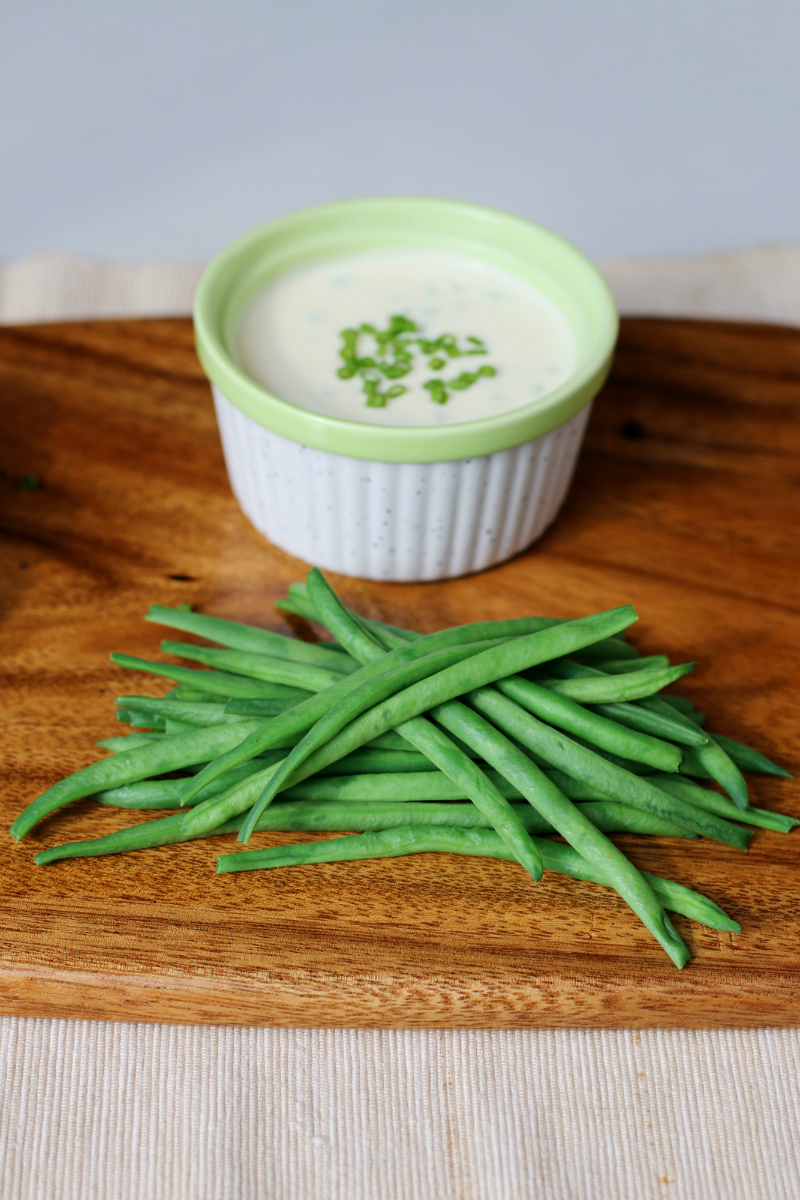 6) Serve the potatoes while they’re still hot. Dip them in cream and enjoy! 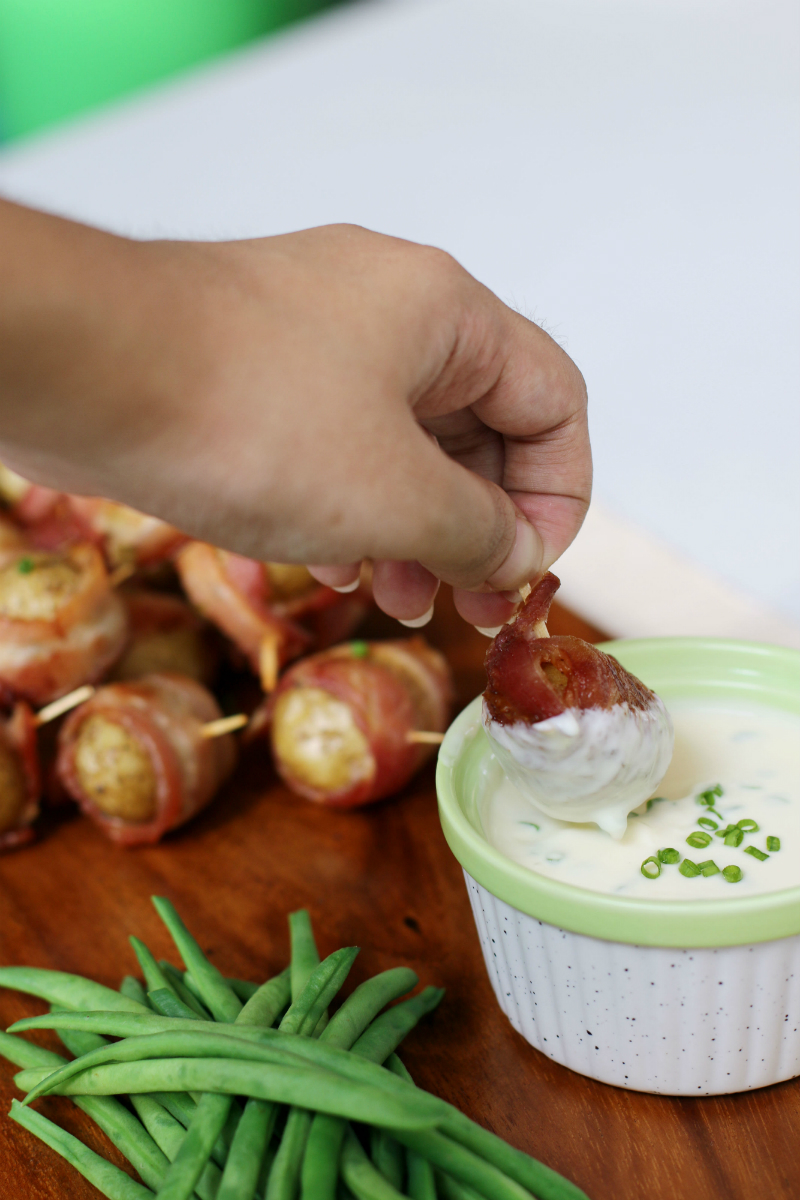 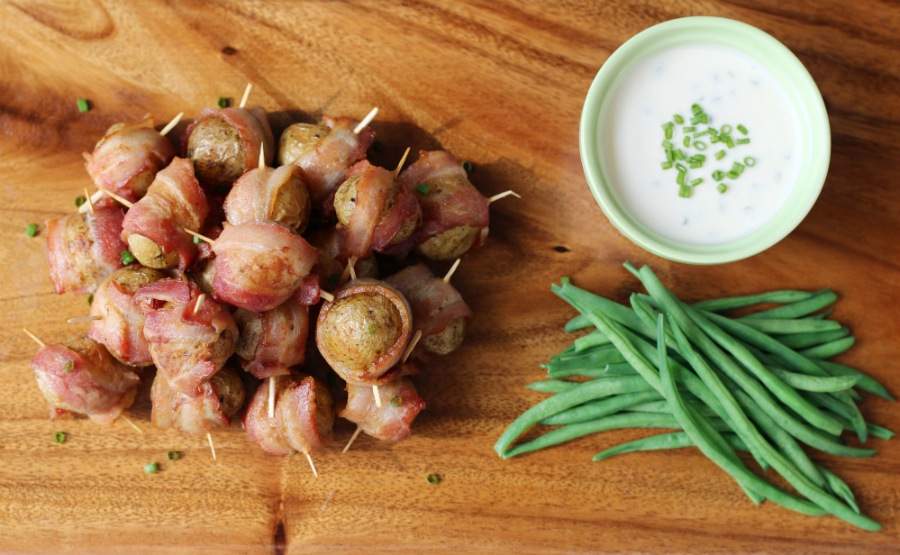 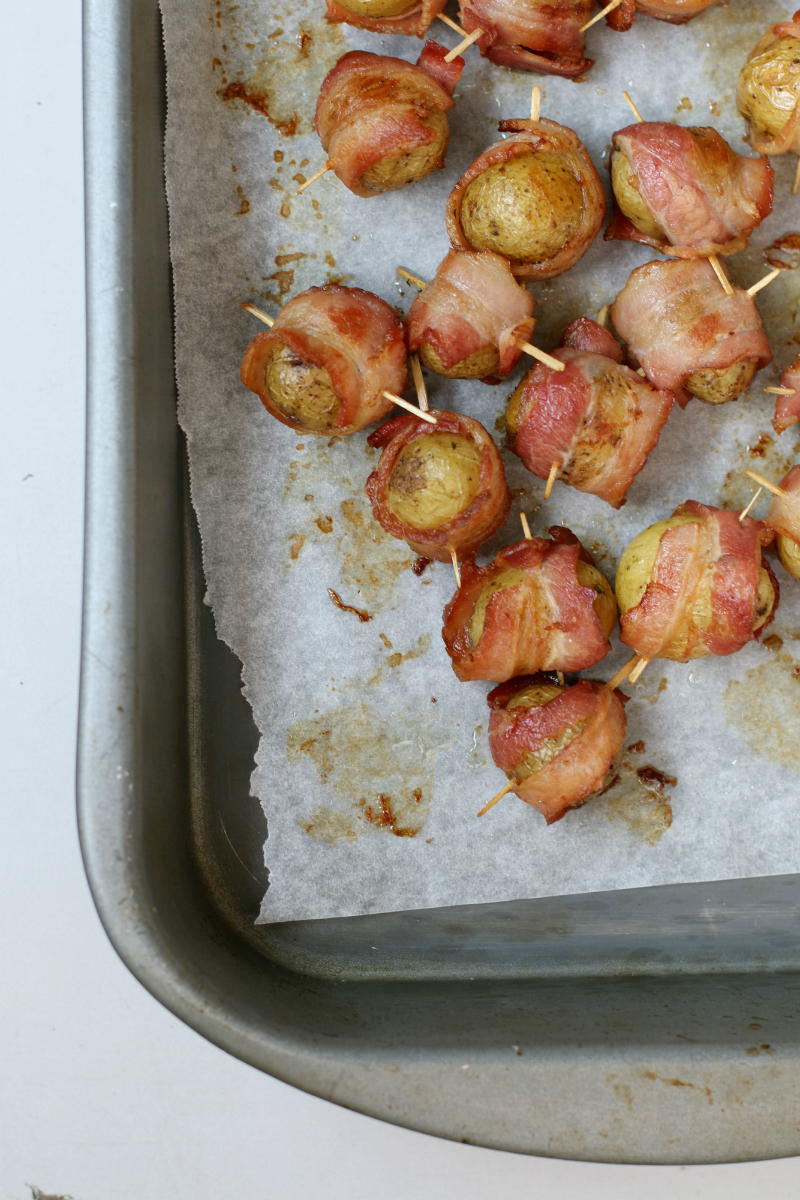 *If an oven isn’t available, you may fry the bacon-wrapped potato bites on a non-stick pan for 8-10 minutes or until the bacon is cooked. Make sure not to add oil because the bacon already has fat.